Board games for the family is a classic past time. They a perfect for bringing the family together during a game night or entertaining the children on a rainy day.

There’s no shortage of games out there but when playing with children, it can be difficult to decide on a game the whole family will enjoy. After all, the adults may enjoy a long game of Monopoly but your two-year-old won’t.

Below are 10 games (plus a bonus one at the bottom!) guaranteed to provide fun for the family. They are listed by age but consider this a guideline – chances are even the older kids will enjoy playing a game like Trouble and if your three-year-old has enough patience and concentration to play Jenga (or they at least enjoy stacking blocks), definitely give it a go.

Just a quick warning, however – be sure to supervise small children during these games as some of them do include small play pieces.

Memory. Memory is a great first game for kids as it is basic but encourages important skills like memory and taking turns. Somehow the simple concept of finding matching cards can keep a child entertained for hours. While the Original Memory is great for everyone, almost every character or TV show has their own version of Memory, which offers children an extra incentive to play.

Connect 4. Connect 4 is yet another simple game that manages to keep young children entertained for hours. The concept, similar to tic-tac-toe, is to “connect” 4 dots of the same color in a row. The youngest children have a blast putting the dots in the slots while the older children are able to think strategically about the best place to play and keep the other team from winning.

Boggle Jr. The original Boggle is a fantastic game for older children, especially when teaching them to write and spell. However, the new Boggle Jr is probably one of the best games on the market for younger children. Boggle Junior aids in teaching children letters and basic words in a game that the whole family can enjoy. The kids won’t even realize that they’re learning. 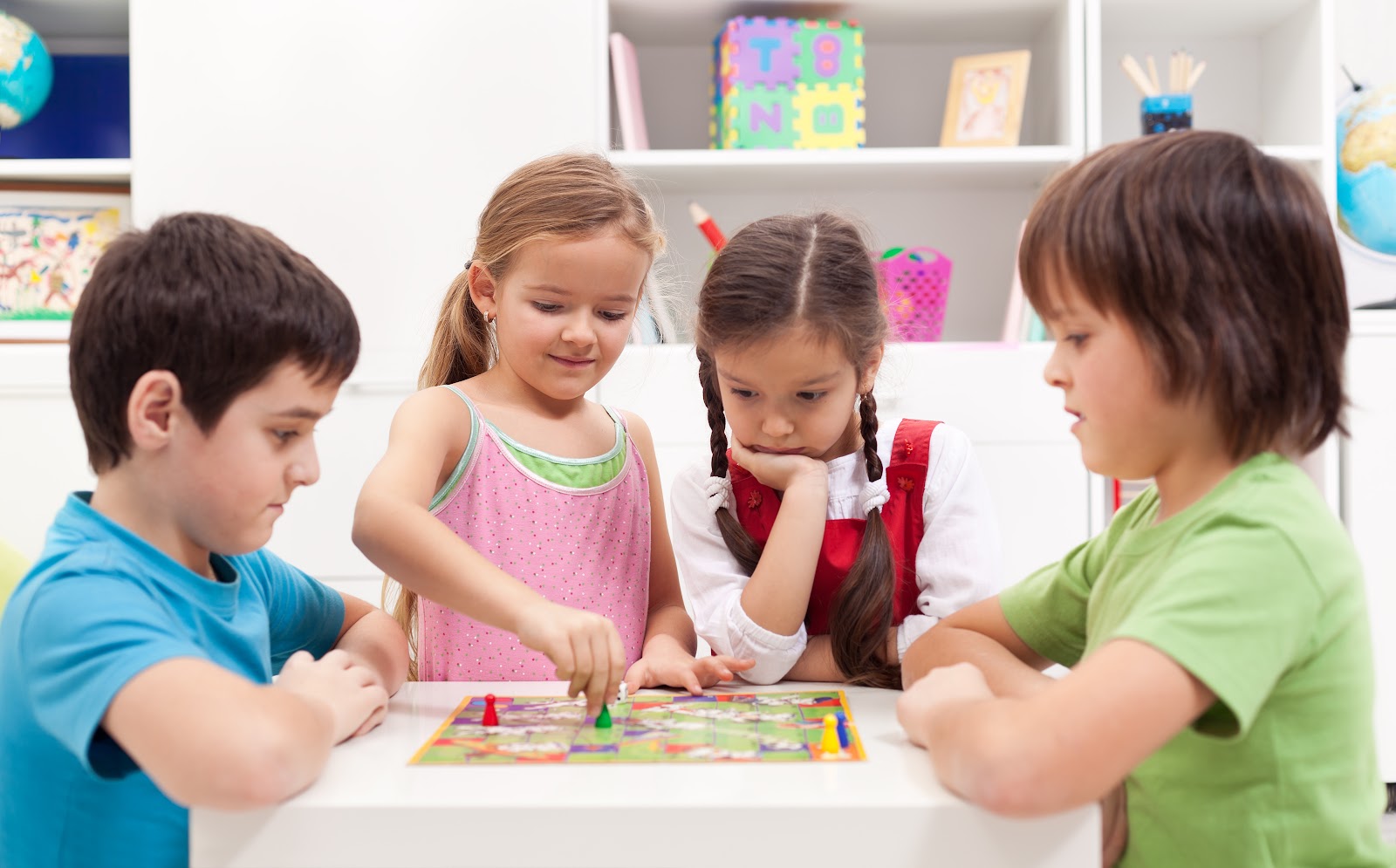 Trouble. Trouble is yet another game that can be bought as the original game or featuring any number of characters, such as the Teenange Mutant Ninja Turtles. The concept is simple- take all of your game pieces around the board and back to your home spaces. However, the possibility of getting sent back to the beginning aids a level of intensity to the game. Math skills are encouraged to decide which piece to is the most appropriate to move at any given turn – either so you hit your home space or get to send someone else back to the start.

Candyland. Candyland is perhaps the go-to board game for young children. Who didn’t play this game growing up? I’ve never met a child who didn’t love playing Candyland. It helps children learn their colors but, most importantly, it teaches that just because you’re winning now that does not mean you will be in a few minutes.

Jenga. Who knew that stacking blocks could be so fun and competitive? Jenga tests your concentration, patience, and hand-eye coordination as players attempt to remove blocks, using only one hand, without sending the rest of the tower crumbling down. 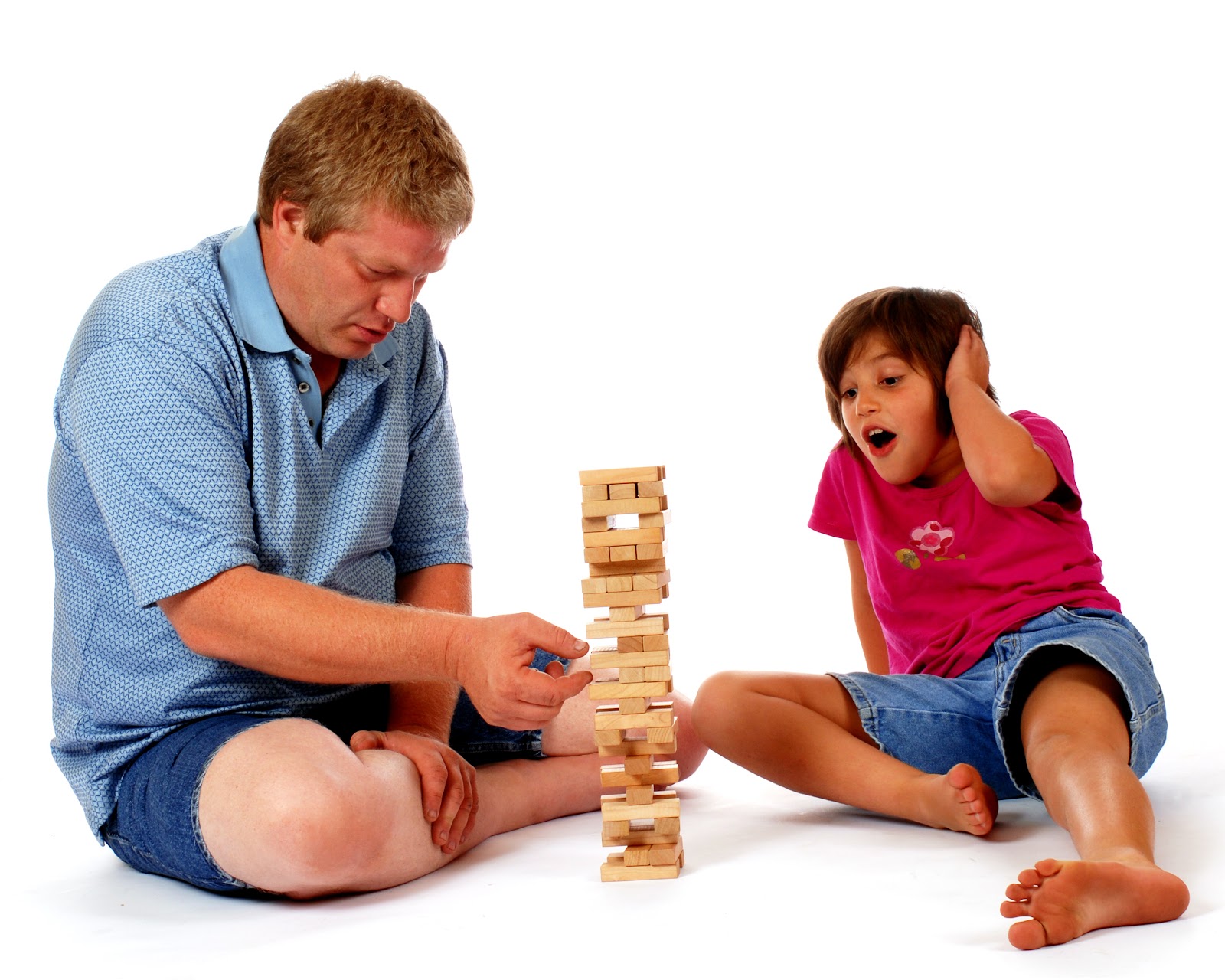 Simon Says. A spin off the common playground game, the hand-held Simon Says game flashes colors in a specific pattern which the player is then asked to repeat back. The sequences get faster and more difficult as the game progresses, encouraging hand-eye coordination and memorization. The game has settings for use as a single-player or multi-player game.

Scrabble. The traditional board game is great for teaching spelling and building vocabulary as players build words crossword puzzle style. Additionally, it encourages strategic thinking to plan each move based on the points value of the letters and what made stop an opponent from scoring.

Clue. Clue encourages critical thinking and memory as players attempt to solve the mystery of who murdered the host through asking a variety of questions. Players use deductive reasoning to figure out where the murder took place and which weapon was used.

Chess. Chess is incredibly challenging game that helps older children think strategically. It’s so popular that there are even camps dedicated to doing nothing other than strengthening your child’s chess skills. Here’s a few in the Bay Area: